To start this week off well, here is some motivation to help small business owners and entrepreneurs:

“Our greatest glory is not in never falling but in rising every time we fall.”- Confucius

“Never let your head hang down. Never give up or sit down and grieve. Find another way.” -Satchel Paige

“Just don’t give up trying to do what you really want to do.” -Ella Fitzgerald

“When you get into a tight place and everything goes against you, till it seems as though you could not hang on a minute longer, never give up then, for that is just the place and time that the tide will turn.”  -Harriet Stowe

“You just can’t beat the person who won’t give up.” -Babe Ruth

“When you feel like giving up, remember why you held on for so long in the first place.” -Anonymous

“Don’t give up. There are too many nay-sayers out there who will try to discourage you. Don’t listen to them. The only one who can make you give up is yourself.” -Sidney Sheldon

“To be a champ, you have to believe in yourself when nobody else will.” -Sugar Ray Robinson

“Never give up on something that you can’t go a day without thinking about.” -Winston Churchill

“Sometimes adversity is what you need to face in order to become successful.” -Zig Ziglar

“Things don’t go wrong and break your heart so you can become bitter and give up. They happen to break you down and build you up so you can be all that you were intended to be.” -Charlie Jones

“When you get to the end of your rope, tie a knot and hang on.” – Franklin D. Roosevelt

“Never give up on what you really want to do. The person with big dreams is more powerful than one with all the facts.” –Unknown

When things go wrong, as they sometimes will,
When the road you're trudging seems all uphill,
When the funds are low and the debts are high,
And you want to smile, but you have to sigh,
When care is pressing you down a bit,
Rest, if you must, but don't you quit.

Life is queer with its twists and turns,
As every one of us sometimes learns,
And many a failure turns about,
When he might have won had he stuck it out;
Don't give up though the pace seems slow–
You may succeed with another blow.

Often the goal is nearer than,
It seems to a faint and faltering man,
Often the struggler has given up,
When he might have captured the victor's cup,
And he learned too late when the night slipped down,
How close he was to the golden crown.

Success is failure turned inside out–
The silver tint of the clouds of doubt,
And you never can tell how close you are,
It may be near when it seems so far,
So stick to the fight when you're hardest hit–
It's when things seem worst that you must not quit.

Monday Motivation: The Art of Innovation 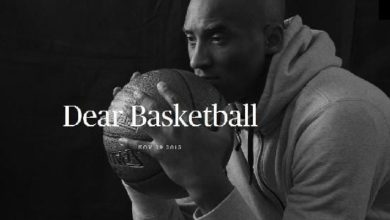 Monday Morning Motivation: Why We Fall

Why Did You Start Your Business? Week of May 6th