Until one is committed, there is hesitancy, the chance to draw back, always ineffectiveness…the moment one definitely commits oneself, the providence moves too. A whole stream of events issues from the decision, raising in one's favor all manner of unforeseen incidents, meetings and material assistance, which no man [or woman] could have dreamt would have come his [or her] way.

I grew up in a military family and my parents aspired for me to become a postal clerk because, “you can’t get fired.”  [However, you can get fired.]  My two brothers took civil service jobs.  My sister was rebellious and became a custom’s broker.  I felt like the “Ugly Duckling” because I never wanted a full-time job working for someone else, and I couldn’t see a career route without one.  I took tests trying to figure myself out.  One test was to learn what motivates me – love, power, or achievement.  What about being motivated by adventure?  One question tested divergent thinking and gave me 5 minutes to write down all the ways I could think of to use a plant pot.   A truly divergent thinker wrote 30-35 different ways to use that plant pot.  I wrote 112.  For example, chip away the bottom and it could be a skirt for a stuffed animal, pulverize it and mix it with oil to make paint, or use it as a weapon to clock a burglar.

My first entrepreneurial endeavor was to start a bookkeeping business while I was an undergrad UCLA.  I contacted small businesses directly with personal letters, asking if they needed someone once a week to write their payroll, deposit their payroll taxes, reconcile their bank statements – that sort of thing.  I wrote 10 letters and got 3 clients.

When I graduated college, I wanted to be a writer.  Since nobody could tell me how to earn a living as a storyteller, in the meantime, like most artists, I had to support myself in some other way.  My guidance counselor at UCLA suggested that I combine my accounting skills with creativity and apply to become a production accountant at a studio.  I did get hired and worked at a couple of major production companies.  This gave me lurid and gossipy tales to tell, but I was getting nowhere as a writer.

I returned to Texas and tried waitressing, which didn’t give me enough time to think and made my back hurt. I tried cleaning houses which gave me too much time to think about why doctors and school teachers have such filthy habits.  A friend suggested that I teach a writing class.

Why not? I had never taught before.  I hadn’t published anything.  I applied to teach at Universityof Texas Informal Classes and got hired.  I created an outline for a class and the class filled within 24 hours.  They asked if I would agree to teach 2 classes and I did.  The classes were successful, and I asked my students if they would like to continue working with me in a private class.  Many liked that idea and Austin Literary Associates was born.  I quit teaching at UT and taught two private classes during the week at home as well as seminars once a month at hotels, and I was doing editing on a freelance basis.  Within 2 years, I had 2 other teachers working for me and I was teaching seminars in another city.   That’s when PBS contacted me to ask if I’d agree to be profiled in their series “A Writer’s Exchange.”  I was 1 of 60 teachers profiled on that program, which was translated into 8 languages and aired for 10 years.

In the meantime, I wrote a novel called TOM’S WIFE and began to market it to agents and editors.   A major New York literary agency vacillated for a few months on whether to take it on and when I pressed for an answer, turned it down.  The acquisitions editor at a university press called to say she loved the novel and would get back to me in 3 weeks about a contract.  A week later she passed away.  A development executive at Orion loved the book and wanted to read all my work. We corresponded for weeks until Orion declared bankruptcy.  Believe me, I was frustrated.

I turned to another project – a movie about Albert Einstein.  I researched his life and wrote a 75-page treatment.  When I learned that a production company in LA had announced in Daily Variety that they had a deal with a network to make a movie about Einstein, I contacted them.  I was invited to send over the treatment.  I asked a friend if his agent would send it for me.  Sure.  A month later, I contacted the production company to ask what they thought of the treatment.  “We never got it.  And now that we’ve hired a story editor, we can’t look at it.  But good luck with your project.”

That’s when I decided to create Vibegirl Productions and make the documentary, MILEVA MARIC, the Other Einstein [Maric was Einstein’s first wife].  I didn’t know how to produce or direct, but why let that stop me.  “Where would the money come from?”  I asked a friend.  “Wherever it is right now,” she said.

I decided to research Maric’s life by visiting all the places that she had lived –Novi Sad[Serbia], Zurich, Bern, Prague, and Heidelberg.  I threw in Paris and Venice because they were sort of on the way.  I had a travel voucher that would pay for the airline flight and I budgeted $300 a day for living expenses and train rides.  I just needed $3,000.  I booked the flight. Now I was committed.  Exactly, two days later got a call to do a rush editing project that paid – you guessed it – $3,000.  I took the trip.

When I returned and budgeted what I would need to go back to Europe with a camera person (not ready for a cinematographer yet), plus post production editing and music, I estimated I’d need at least $15,000.  A few days later, my car broke down right across from a major publisher who hadn’t hired me in a year.  I looked at that publisher’s as I sat there in the Texas heat waiting for AAA, frustrated by my car and my inability to move forward on my documentary.

The next day, I got a call from an editor at that very same publishing company.  She said, “We have five projects that will pay $3000 – $4000 a piece and we wondered if you would like to work on a couple of them.”  My response:  Could I work on all of them?  Yes.  It wasn’t easy because the projects bottle-necked and I ended up working 18 hours a day the last three weeks, but that work paid to finish the documentary.

I thought the documentary would be a roaring success, because who wouldn’t want to know that story – Maric’s life had a brilliant and upward trajectory until she met Einstein and her life got ruined.  I would be rolling in money.  I was wrong.  I made two more documentaries (Marie Curie and Anna Freud) before someone told me that a very successful documentary makes $15,000.  The three that I made have sold to universities and libraries all over the world.  One of them hit the very successful mark.

I decided to make TOM’S WIFE into a feature film with a shoestring budget and a crew of 7 people.  It was hellatiously difficult.  Everything that could go wrong did go wrong. But the acting was great and many magical things happened as well.

For example, an Academy-Award nominated editor in Los Angeles agreed to work for a pittance while a film that he was getting paid real money to edit was doing some re-shooting.  He also recruited 3 friends to work on it for free.  The editing was great.  Sound design and color correction were done for free at a high-end LA post-production house by people who just wanted to help.  The film was accepted into several festivals and won prizes.

I felt that TOM’S WIFE, the movie was a failure, particularly since for the first time I had borrowed money.  I didn’t intend to become a filmmaker, nor did I love it.  Making the feature was so very difficult and took such a deep emotional toll that I lost heart.  My passion was writing.  So, when the film got its lucky 13th honor, I decided it was time to revisit publishing the novel.

I haven’t accumulated a hoard of cash – still $50 ahead of perdition – but as I always say:  Money is for people who lack imagination.  What level of satisfaction is the purchase of a Ferrari compared with the soul-satisfying ability to design a Ferris Wheel?  Or write a story about one.

5 Tips For Your Life As An Entrepreneur:

This guest post is courtesy of Alana Cash. She is an award-winning filmmaker and writer living in Sherman Oaks, California.  Her documentary films and her novel, TOM’S WIFE are available online.  She’s still writing.

Entrepreneurs Are Born, Not Made

Accidental Goals Along The Way To Your Goals 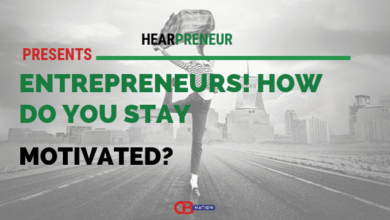 30 Entrepreneurs Share Their Tips and Tricks of Staying Motivated 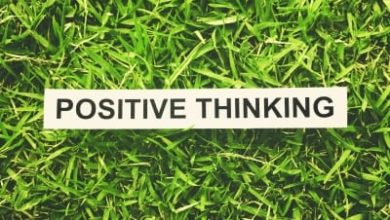 Monday Motivation: MOTIVATION FOR 2019 – You Really Need To Hear This!