What do you do when you are a NFL Player and your career becomes hampered by injuries? For William Sparkman Overstreet, the answer to that question was to start his business Voices Heard Media, Inc.—a Tennessee based company that is “the leader in multi-platform user engagement tools.” The company has products including a Q & A application, the Contest Event Box, and the Original Poll Event Box.

Overstreet the Jackson, Mississippi native achieved early success as he was the number one recruit from his state his senior year. After deciding on accepting a scholarship from the University of Tennessee, the football star played the most out of any other freshman on the 1998 National Championship team and before he graduated he had received such accolades as All-SEC, team captain and even All-American. After excelling academically and as well as on the field, Overstreet was drafted in the third round of the NFL draft by the Atlanta Falcons. However, his playing career was hampered by several injuries, and he made the decision to go back to the University of Tennessee and get his MBA. Afterwards, he founded Voices Heard Media.

[pullquote_right]You are in a race against other competitors and the market in general.  What you must realize about this race is that it is a marathon, not a 100-yard dash.  You have to develop a fast pace that can last for years and not a pace that can only last for a few weeks or months. [/pullquote_right]

In his playing career the founder of Voices Heard Media had to constantly evaluate his strengths and weaknesses in order for him to be successful. This mentality is apparent in his approach to business. Overstreet said, “knowing your own personal weaknesses and finding ways to minimize them and highlight strengths is the key.”

In addition, as an NFL athlete, Overstreet understood that if he took a small amount of his time—less than one minute—after practice or a game to speak with a fan, that same fan would come to an autograph sessions or a charity event. Then, that same fan would buy a jersey or other type of memorabilia. Next, Overstreet would overhear the fan talking about him to others and it was if they were “life-long pals.” That’s where the former University of Tennessee Defensive Star recognized an opportunity.

Citing this small interaction and broadcast experience, Overstreet knew that if he could take those 20-seconds and scale it to “a much larger audience, he would have something valuable.” He also noticed that people communicate with celebrities and brands by asking questions in their own unique way. He knew that “if he could find a way for people to use their own words and a system for combining similar questions and ranking them, an individual would be able to interact with thousands of people in a very short time period.”  Shortly after filing his first patent, Overstreet founded his company in April 2007 to seize this opportunity.

Fueled by “challenges that seem overwhelming” the 6’2” former Linebacker helps to chart the vision of the company as well as securing capital to grow it. In the future, Overstreet hopes Voices Heard Media will offer a social media consultation service and help clients from start to finish in developing and executing social media strategies.

Alice Chen Designs Her Own Story One Shoe At A Time

Why Did You Start Your Business? Week of February 3rd 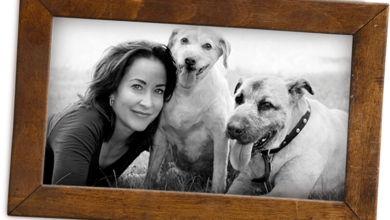 Monday Motivation: MOTIVATION FOR 2019 – You Really Need To Hear This!

Monday Motivation: I Must Do Better! (Motivational Video)