What is the favorite quotation for an entrepreneur that generated $2 Million in sales and hired 25 full-time employees in just 18 months? It’s simple: “Make Bold Moves”.

How to Be Bold

For Parrish bold is “being ready to swing for the fences every time you get up to bat. Not just settling on trying to get a hit but trying to hit a home run every time you go out.” The founder of NobleStrategy, LLC said that “if when you tell people about your dreams and they don’t say, ‘You’re crazy…that will never happen,’ then you aren’t dreaming big enough and you are not bold enough!”

You must develop an unconventional, unfearful, undying spirit that causes you to challenge authority, tradition, and established players on a daily basis, in your quest to reach your goals.

“Make Bold Moves—you won’t go very far without being ready to make unorthodox and sometimes unpopular decisions that will separate you from the pack and move you closer to the success you desire.“

The Hampton University graduate who started a t-shirt company called Billy Brown NYC while he was in school came up with the idea of NobleStrategy, LLC after he was “exposed to early African-American mentors and role models who were successful before he was.” This gave Parrish the fuel to start his own business. In 2002, he started the firm part-time and by 2005 he was able to leave his full-time position and dedicate more of his time and energy to his firm.

Because according to the U.S. Small Business Administration out of about twenty-seven million U.S. small businesses, only 8% gross over $1 million annually. This gave Parrish proof that he was making a difference and had a story to tell.

Read More: Be Bold via Teach A CEO

With accolades including the 2010 Harlem Business Alliance Business Person of the Year, Parrish is still working hard to grow his business. Parrish explained that he projects his firm to grow to $100 million over the next 3-5 years and part of that strategy is competing in new sectors including transportation, healthcare facilities and the sustainability and energy efficiency industry. Parrish also hopes to influence entrepreneurs and business professionals with the lessons from his book Making Bold Moves: Creating Multimillion-Dollar Success in 500 Days or Less! 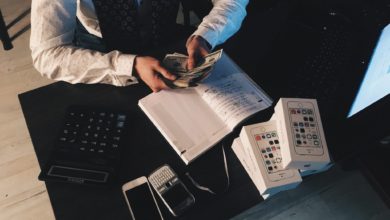 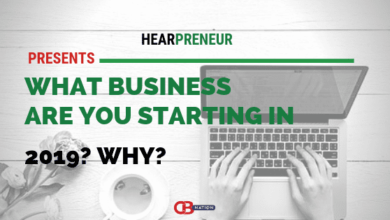 11 Entrepreneurs Reveal the Businesses They Are Starting in 2019

Monday Motivation: Do It In Spite of Fear