Would you like to provide an answer to our weekly questions? Sign up for our newsletter to get the questions delivered each week to your inbox.
—-

The upswing of women in business is everywhere these days. You see it in the news and read about it online. Although the topic is a hot one, a woman in business is nothing new. They might have been in the shadows of their male counterparts in earlier times but now they hold their own in business and have become some of the most fascinating businesspeople. From Marissa Mayer of Yahoo! To Facebook’s COO Sheryl Sandberg, these women are in a league of their own when it comes to business. So which female CEO’s and leaders have made the most impact on you? Below we’ve rounded up some of the most influential business leaders as chosen by our entrepreneurs.

I am a huge admirer of Lisa Stone, CEO of BlogHer. Lisa has built a successful cross-platform community and publishing company with content by women, for women. It is adding tremendous value to her community, is highly profitable and embodies bold and inspiring values and mission.

Thanks to Inês Almeida, TowardTheStars

Related Post: How Women Can Level the Playing Field in Business

I have been accepted into Columbia University in New York this August. The program is called Quantitative Methods in the Social Sciences, and I will probably take the economics track for my further study. This dream was made into a reality thanks to Yolanda Vega, CEO at the Australian Women Chamber of Commerce and Industry (AWCCI) Her recommendations and all the efforts she put in for me even though she has so much to do. Honestly, I do not have the faintest idea of how she does so much as AWCCI CEO, but I do know a successful woman like her fought hard not only for herself, but also for all women. I really admire her. My days at AWCCI, as an intern, have left a great impact on me and she really showed me how to tap into the potentiality of myself. Yes, I do want to succeed, but what I want more is to help others succeed as Yolanda did for me. Thank you Yolanda for being my mentor at AWCCI and in my life.

Thanks to Irena Feijia Chen

Irene B. Rosenfeld of Mondelēz International (formerly Kraft foods) is my top pick for favorite female CEO. Rosenfeld’s been in the food industry for more than 30 years, and success has followed her essentially wherever she went. Split between her time at the old Kraft foods and the current Mondelēz International, Rosenfeld was also CEO of Frito-Lay, where she promoted health and wellness products. But her greatest accomplishments were from during her time at Kraft foods, where she was the leading force behind the restructuring and turnaround of key businesses throughout the U.S., Canada and Mexico. On more than one occasion, Rosenfeld was featured as one of the most powerful women in the world.

My favourite female CEO is Rilla Moore – I met Rilla when I worked for ANZ Banking Group Ltd on my first large-scale IT project at the age of 22 – almost 25 years ago. Rilla may not remember me but the way she conducted hereself in her role as Head of HR at that time had an impact on me I’ll never forget. As a young woman in my first significant corporate role, Rilla provided guidance not just to me but to a number of my female colleagues who were also finding their feet in the corporate world. Rilla showed us how those who make it to the upper echelons in business don’t have to compromise their integrity or moral code to have an impact and make a significant contribution. Rilla inspired many young women in ANZ at that time and instilled in many of us the confidence to go on to run our own successful businesses. The achievements of just three of the women Rilla guided in her time at ANZ range from the founding of an Austr alian organic herbal tea company (Aphroditea), the creation of a successful chain of Sydney cafes (Chocolat) and the attainment of a role as a HR Excecutive at News Limited. The work Rilla continues to do at Rilla Moore Consulting with regard to coaching, mentoring and encouraging gender diversity, at a time in her life when most women are considering retirement continues to inspire me. I haven’t seen Rilla since my time at ANZ but she had such an impact on me that I have followed her career from afar. She continues to be a true role model for women and is an inspiration in every sense of the word.

Thanks to Therese Cassidy, Aphroditea

My favorite female CEO is Meg Whitman, currently the CEO of Hewlett-Packard and former CEO of eBay. In a 10-year span from 1998 to 2008, Whitman transformed the small 30-employee, $4 million annual revenue business into a 15,000-employee, $8 billion business. The website was in black and white when Whitman joined and she essentially tore the website down and reorganized the business from the ground up, and what followed was pure growth and success. Her work at eBay propelled her into the U.S. Business Hall of Fame after she left the company in late 2008. As the CEO of a company that focuses on government auctions, Whitman is someone that I certainly look up to.

Carol Meyrowitz of TJX Companies, Inc., is our favorite female CEO. Our company is specialized in giveaways and freebies and we just can’t help but look up to this woman who works to help budget-minded customers with their bargain hunting endeavors. Meyrowitz runs nearly nearly 3,000 discount retail stores in the U.S. and overseas, including stores like T.J. Maxx and Marshalls. The coolest thing about Meyrowitz’s work is that she managed to not only keep those stores afloat during the recession, but also allowed them to thrive while competitors like Daffy’s crumbled.

Thanks to David Miri, Awardable.com

After meeting Tara Russell and becoming familiar with Create Common Good’s work, I had no choice but to jump right in with both feet first. It’s rare that you find a not-for-profit organization that not only is making a measurable difference in their community, but also can support themselves through smart business plans and income strategies. Tara is laying the ground work for the future of other non-profits and their ability to fuse social impact with sustainable income streams that support their mission. In addition, Tara’s leadership has successfully engaged key partners within the community to advise, advocate, and spread the news of their success. Without these corporate and personal relationships being cultivated on a consistent basis, I believe CCG’s footprint would be far limited beyond it’s current success. Tara’s charismatic personality, the joy, love, and compassion that she exudes daily through her work, and the mere gratitude we witness through her ability to serve others is what makes her so special. All of us that know and work with Tara as volunteers and advocates are privileged to be in her circle — with her determination and know-how, the dent in the universe will be far greater than we ever thought possible.

Gail Kelly has been an inspiration to me for a long time. I spent some time working in the finance sector early in my marketing career and was lucky enough to meet Gail on a couple of occasions. She was warm and friendly and seemed genuinely interested in everyone she met, whether they were a senior manager or a lowly marketing assistant. Since that day I’ve followed her career with interest. I find her inspiring because she appears to manage what many of us find impossible – balance a happy and healthy home life with an incredibly successful career. I’m sure she’s had to make sacrifices along the way, but she seems comfortable with her life choices and is a great role model for ambitious women like me. In my career I’ve tried to adopt her philosophy of working to achieve quality outcomes and not sweat the small stuff and I can see that these attitudes can really make a difference.

Thanks to Kelly Hody, SaySo Weddings

My favourite CEO is Olivia Maragna. She is savvy and super smart. Determined and resourceful, her attitude is that nothing is impossible and she is an inspiration to CEO’s, Business Owners and Women around the country. Olivia has made a habit of breaking through barriers and with a true passion and genuine desire for helping people, she is a standout not only in her industry but in her country, recently being recognised as Australian Adviser of the Year.

Thanks to Nicola James

Have an inspiring female business leader to add to our list? Comment below and let us know your pick.

Why Did You Start Your Business? Week of April 7th

Monday Motivation: YOU WILL NOT BE DEFEATED – Powerful Speech

Monday Motivation: DON’T GIVE UP ON YOUR DREAMS – Powerful Motivational Video 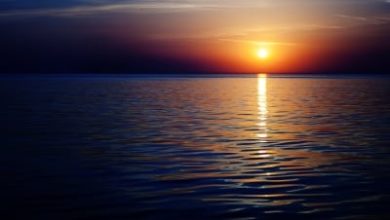