Meet Gu Jiawei is the CEO of Ling Technology, the brain behind a  truly innovative approach helping children find their passion for reading real books, far away from tablet and TV screens. He holds 22 US patents and more than 120 Chinese patents in artificial intelligence and robotics. Jiawei graduated from Tsinghua University and prior to Ling Technology, he managed the Human-Computer Interaction (HCI) group at Baidu Research Institute of Deep Learning (IDL), and also worked at Microsoft Research. During this period he spent the majority of his time in the design and research field wondering what the future of AI technology was. This lead to the establishment of Ling Technology, which aims to create innovative products and experiences that leverage artificial intelligence to help improve our daily lives. He has served as a teacher for the Stanford ME310 Global New Product Design Innovation Program and has also been recognized as one of the top 30 Designers Under 30 in 2015 by Forbes magazine. The following year Jiawei was honored as one of the Top 35 Innovators Under 35 in the World in 2016 by MIT Technology Review. Most recently, he was named one of the 40 Under 40 Businessmen in China by Fortune magazine. We had a chance to interview Jiawei and asked about his story, how he started his business and the future of Ling Technology.

Ling Technology is an AI company for the consumer market and our positioning is driven by market evolution. In the past few years, AI technology has developed rapidly in China creating large-scale companies. Capital investment in the AI industry is hot, but the technologies and concepts are often unable to be implemented in products. However, I believe that this year the market will cool down, and the real needs of users and the advances that AI can really influence will come to the fore.

The word “Ling” originates from the philosophical idea that every living thing has a spirit. The mission of Ling Technology’s founders was to create a “Ling” world with man and robot symbiosis.

Ling Technology is a board member of Jibo an exclusive partner in China. As the world's first social robot, Jibo, provides an example for the AI industry around the world. Jibo can analyze family members' emotions through facial recognition and analysis. This is related to Ling Technology’s brand core – LingUI. This is the idea of an interactive partnership created through emotional computing, attention systems, and behavioral drivers. AI robots can change from passive to active as well as switch from engaging to proactively interacting, but also gives AI robots a sense of life, personality and character. Jibo is our representative product on the HOME AI product line. We recently released two new products on the KID AI product line, Luka Hero and Luka Baby, plus Luka, an AI-powered reading companion for kids, which was listed at the end of last year in China and is looking to list in the US this year.

The major difference between Ling Technology and other companies is that Ling believes in the AI-IOT era. This is the idea that all products will be connected to the internet and able to interact with humans. Ling Technology is based on affective computing, attention systems, and changes users’ behavior. To use Luka as example it uses AI to encourage children away from a screen to read a book.

My other piece of advice is to think about focus. At CES 2017, we exhibited five products. By CES in 2018, we only exhibited Luka and Jibo. Focusing your energy is very important for AI  startups. We are now more focused on how to create user value through AI technology and next level human-computer interaction design to take users beyond what they expect from products and experiences.

My favorite business quote is from Dr. Andrew Gove, Intel’s co-founder and former CEO who says,“If you want to anticipate what will happen in the next 10 years, it is necessary to look back on what happened in the past 10 years.”
Over sixteen years ago, I was at a press conference and we were played an Apple advertisement. At that time, the world of human-computer symbiosis has been predicted by Apple. A living robot that can interact with people in real time is a wonderful opportunity for interaction with  our electronic products.

We created that with Jibo. This kind of mutual response across time and space makes us feel strong enough to continue to move forward. Whether as an entrepreneur or a scientist, it is important to have a long-term vision, but to also constantly look back. Technology has certain time barriers, which also means that we are likely to achieve our predecessors’ dreams, as Jibo does.

During my career, I have tried to create many products, but only a few have actually been manufactured. Most of the ideas have become research patents or papers. One achievement was when I had built up enough research, to be able to establish Ling Technology. I am proud because Ling Technology has become more than just an idea. My original intention has not changed, and AI-consumer productization is an important current trend of the times. Realizing the company is one step ahead of its competitors makes me excited about the future.

20 Entrepreneurs Explain How They Came Up With Their Business Names

Monday Motivation:20 Principles You Should Live By To Get Everything You Want In Life! - MASTER THIS! 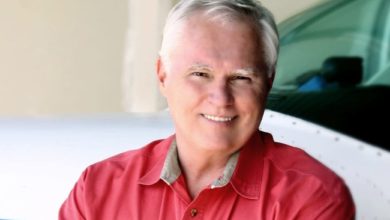 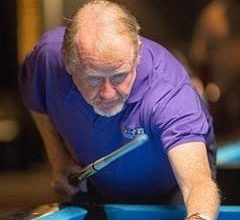 How Did You Come Up With Your Business Name? Part 3 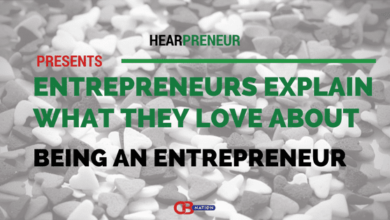