Correction: Craig Wolf's response to the question “What is the most exciting thing about being an entrepreneur?” was incorrect. We have corrected the mistake and apologize any confusion. Also, Wolf started the company Name that Toon prior to starting CelebiDucks.

…some ducks can fly approximately 332 miles a day?

…that you can get a duck to that looks like Barack Obama, Elvis Pressley, or even William Shakespeare?

Entrepreneur Craig Wolf took his love of “iconic advertising art” and saw an opportunity– the commercial value of iconic advertising art.  Even though he “never took a business course in his life” and he “could barely read a profit and loss statement”, he did know two things: everyone loves rubber ducks and he wanted to develop an entirely new and creative concept.  First Wolf started a company called Name That Tune.  The company did animation art, and when the the “ducks took off”, he sold off Name That Toon and concentrated more on CelebriDucks.

CelebriDucks is the largest publisher of animation artwork including television commercials and the first animation art lines for Coca-Cola, Anheuser-Bush, M & M/Mars, Pillsbury and more.

Hearpreneur.com asked Wolf about entrepreneurship, and his business and excerpts from his interview are below:

What have been some of your accomplishments?

CelebriDucks is the original creator of the first ever celebrity rubber ducks of the greatest icons of film, music, athletics, and history. To date they have created over 200 different CelebriDucks and have pioneered a whole new collectible.  The company has received a tremendous amount of publicity having been on NBC, Fox, CBS Evening Magazine (three times), CNN, ABC, Showtime, ESPN, VH1, TNT, A&E, Late Night with Conan O’Brien, The Tony Danza Show, The Jimmy Kimmel Live show, and most other television networks, plus written up in Sports Illustrated, U.S. News and World Report, ESPN The Magazine, Maxim, The N.Y. Times, USA Today, LA Times, San Francisco Chronicle, Toronto Sun, Playboy, The Chicago Sun Times, Fortune Small Business, etc..

CelebriDucks have been on Jay Leno’s Tonight Show twice and were voted one of the top 100 Gifts by Entertainment Weekly. The press only continues to build with more and more stories coming out about the company both nationally and internationally.

What do you know now that you wish you would have known before you started your venture?

I never knew how hard it would be to make one rubber duck!!

What trait(s) do you feel successful entrepreneurs possess?

A successful entrepreneur must first and foremost must have a love for what they are doing and realize success may not come immediately.

What is the most exciting thing about being an entrepreneur?

It's waking up and feeling all the opportunities and creative possibilities in front of me to do something unique and wonderful, and potentially helping to do some good in the world with my any success I might garner.

What advice would you give to aspiring entrepreneurs?

I always tell every budding entrepreneur and young person that you are your brand.  But that doesn't mean you want to self-promote yourself. Your branding of yourself is only as good as your brand.  Thus you should always create a great brand and then the natural extension to promote yourself as the brand will happen organically.  Promoting yourself first is not only a bit egotistic, but has no substance behind it.  Richard Branson with Virgin, Steve Jobs with Apple, etc….they all had the brand first and their personality naturally followed to become intrinsically intertwined with the brand at that point.

I tell every budding entrepreneur I meet that they should always know that you are never without options.  Or to put it another way….so goes your mind goes the reality in front of you.  I'm not talking psycho-babble mumbo jumbo.  It's just the way the universe is structured and its workings are as tangible as touching a table.  It's easy to think that when things aren't working out the way you hoped that you can feel trapped.  Believe in that and that's pretty much the way things will unfold.  But if you can see every misfortune or difficult moment as nothing more than another moment ripe with potential and realize that you always have something you can do.

I don't know why they don't teach that in business school because to me it is at the heart of every successful business venture that had to overcome adversity. 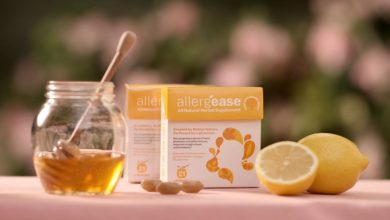 Yhtack In Stitches: Creativity From The Name To The Product