I’ve always had an entrepreneurial spirit. Some may find it hard to believe, but from a very young age I was a risk taker and overly ambitious. How else can I explain ending up in the United States with nothing but $62 in my pocket and two pieces of luggage filled with more books than clothes.  Even as a foreigner the American Dream bug had bit me, and I was determined to have my very own piece of it. My very own Chinese-American dream.

Like millions of other immigrants who have come to the United States, I dropped my original Chinese name and adopted an Americanized name – Benjamin Wey—when I became a naturalized U.S. citizen. This is a symbolic gesture of my beliefs in the American system and all of the inspirational values that America stands for.

After attending university on a full academic scholarship, I formed the first Chinese American owned investment advisory firm. This led to me becoming the informal advisor to the then Republican Governor on Chinese affairs. I promoted exports to China while building a business model that bridged China and the US in goods and services as well as in capital needs. But as every entrepreneur knows, with any risks that you take, you have to accept the good with the bad.

Yes, there were some setbacks during this time. Some were personal, others were professional. But I would reflect on one of my favorite quotes when everything seemed too difficult, and it would remind me to persevere.

“We cannot wait for great visions from great people, for they are in short supply. It is up to us to light our own small fires in the darkness.”  -Charles Handy

Being an entrepreneur is often a game of chance, but I for one have no regrets whatsoever for any of my past decisions.  They have made me a smarter and better businessman.

In the last decade, I have built my firm in New York City. It is still the only Chinese owned private equity firm on Wall Street. We have grown into a market leader in our niche marketplace. With access to significant investment capital and extensive China due diligence capabilities through a large staff in Beijing, we have executed more than 200 China related projects.

You realize as an entrepreneur that it’s not just about you but also the team you surround yourself with. The staff at the New York Global Group deserves credit for what the firm has become as well.  I encourage the next generation of entrepreneurs to remember that and to never sit around waiting for someone else to light your fire. You must do it yourself, even at the risk of getting burned. 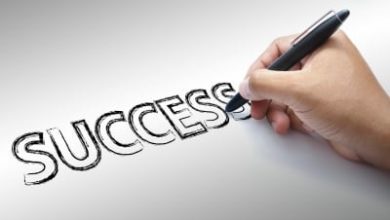 Monday Motivation: Build the Person You Want to Be 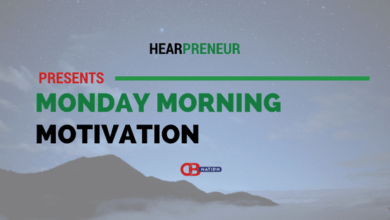