Richard D. Colburn bought the USC School of Music and turned it into the Colburn Foundation intending to create the West-Coast version of Julliard.  He willed a $1 billion to his foundation upon his death in 2004. Colburn started taking violin lessons when he was five.  As he grew older, other boys made fun of him when they saw him carrying his violin.  He graduated from high school at age 14 and dropped out of college to go to work.  While he loved music, he claimed that he wasn’t good enough to make any money as a professional.  So, he chose to go into business and maintain music as an avocation.

By the time Colburn was 26, he was supervising 100 people.  By the time he was 30, he was president of a steel company – the struggling steel company he bought by borrowing money from the board of directors in order to purchase it.  His real fortune was made when he found an electrical distributing company that wasn’t doing well and bought it.  Consolidated Electrical Distributors became the largest electrical distributing company in the world.

Colburn bought and sold other companies over the course of time, and he invested in other companies too – although he never had partners or sold stock in his own companies.  He stopped investing in stock about the time that day trading took off – comparing Wall Street to “pigs at the trough.”  He never invested in any company or venture that didn’t have a tangible product – no restaurants or movies.  He motivated people with profit-sharing and bonuses.

He believed in hard work – he didn’t work 9 to 5 more like 5 to 9.  Although, he dropped out of college, he believed in education and donated to schools and universities.  When asked if he ever made mistakes, he replied immediately, “Yes! I’m a pro.”  That reminds me of a statement made by UCLA basketball coach, John Wooden, who said, “The winning team always makes the most mistakes.”  Because they take the most risks.

Colburn took risks, but always looked at the down-side first.  He took calculated risks and said, “the art of making money is spending it wisely.”  His accounting staff calculated the sales tax on every invoice received.  He stocked a refrigerator full of food in the office kitchen because he said it cost more time and money when employees left the premises to eat.  An extra 15 minutes getting read to leave, an hour gone, and half an hour to get started again when they returned.

You’ve probably never heard of Richard D. Colburn because, although he had more than 1,000 people on his Christmas card list, he shunned fame.  He liked to repeat the adage, “fools and their faces appear in public places.”  Fame comes to you if you deserve it.

Lesson learned:  Be wise in your risk-taking and with your money –  how you spend it and how you invest it.

This guest post is part of a feature series courtesy of Alana Cash entitled “Looking Back 2 Move Forward.”  She is an author and award-winning filmmaker who was lucky enough to know Irving Mills and Richard D. Colburn and others whom she writes about. www.alanacash.com
Tags
alana cash richard colburn 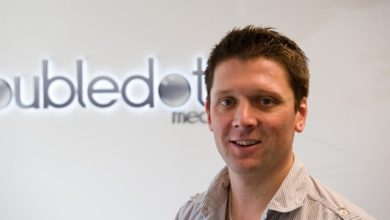 Why Did You Start Your Business? Week of March 31st