Entrepreneurship and mentorships are often seen as going hand-in-hand. Business mentors are as old as concept of entrepreneurs themselves. From Oprah and Maya Angelou to Steve Jobs and Mark Zuckerberg, famous mentorships have a powerful impact on the lives of entrepreneurs. Having a strong figure in your life to help steady you through the currents of growing your business can be a lifesaver. While many entrepreneurs aren’t in the position to have Mark Zuckerberg as a personal mentor, we asked entrepreneurs to dream big. We wanted to know which name was at the top of their “dream mentor” list.

My ultimate CEO mentor would be Sir Richard Branson. He has built countless businesses that challenge the established status quo, bring value and service to customers, and a smile to all. Both of us are British, share a love for aviation (I am a former Royal Air Force pilot), and a deep and abiding fascination with the USA.

Thanks to Jonathan Breeze, AardvarkCompare!

My dream entrepreneur mentor is Travis Kalanic CEO of Uber. The obstacles that he and his company have had to overcome over the past six years have been tremendous and more than most people realize. Not only have they had to build a product that satisfies suppliers and delights customers they have also had to fight political battles at local, state, and federal, and international levels. In one of his interviews during the early days of Uber he talks about cold calling limousine companies in San Francisco to test out his hypothesis around the idea. One of my favorite quotes he says when you call call on hundred of prospects and only get told no 90 times you know you're onto something. And I guess the rest is history.

Thanks to Bryan Clayton, GreenPal!

I would love to be mentored by actor and successful tech venture capitalist Jared Leto. I saw him speak once at BoxWorks 2014 and as a crowd pleasing ice breaker, he brought his Oscar trophy and passed them around the crowd. Not only is he a phenomenal performer, but has also had great success as a tech visionary. I am a tech enthusiast currently working on music full time. I could learn something from Jared on all fronts.

Thanks to Stephen Gibson!

My dream mentor would be Gary Vaynerchuk. There wouldn't be a ton of sitting around paling around. The focus would be intense business development. He does not work in my industry but his knowledge and gut god beyond a core field and if it is not in his lane he will say so and I would not have to deal with crap answers.

Thanks to Jason Vaughn, HigherHopeBalloons.com!

My dream mentor would be Jeff Bezos, the founder of Amazon.com. I like his company very much and buy almost everything from his website. He said: ‘If you don't understand the details of your business you are going to fail.' For me it's the most inspired quote he said about doing business. I read it every day to push myself to learn all details as possible as I can in my business.

Thanks to Wayne Green, Ohmattress.com!

Melody McClusky, co founder and CEO of StyleSeat, would be my dream mentor. Coming from a non-technical background and not having any previous experience in the beauty/salon industry, she transformed an analog industry into a digital revolution. She is also very easy on the eyes.

Thanks to Gene Caballero, GreenPal!

For me there is one person I admire more than any other: Richard Branson. It's not because he's a billionaire (who really needs that much wealth anyway??). It's got nothing to do with owning his own island in the Caribbean (although you've got to admit that's pretty cool). And it definitely has nothing to do with the fame (who wants to be hassled by people in the street?). None of this. It's because he lives his life exactly the way he wants. Who doesn't want that?

Thanks to Cory Hoy, My Entrepreneur Life!

Marie Forleo is my dream mentor. She started out with very little and had a big dream. She had drive and determination and worked her tail off. Her relatable journey makes her extraordinarily authentic and visceral. And, now that she has the means to do so, she gives back to her community and those who are today where she was so long ago. She has a passion for her work that exudes from her and is deliciously infectious. She is spunky and heartfelt with a killer business-sense based on years of trial and error. And in her difficult times, she learned from mistakes and forged ahead. She is a powerhouse of business savvy with an unrelenting work ethic, a huge heart, and a desire to help others. I admire and respect her and do my best to fashion myself after her.

Thanks to Debbie Cromack, Emerge Empowerment!

Hitler. Seriously. He may not have been an entrepreneur but he was entrepreneurial. The point is we look for mentors who are too much like us or who are where we want to be in five or ten years. These relationships may be the most comfortable but we're not going to learn too much from them. Hitler's evil but he'd probably prod your brain in ways some tech nerd wouldn't have even considered. I see the same problem in therapy. People seek out a psychologist who aligns with their belief system, but what they get is nothing more than an echo chamber.

Thanks to Mark Derian, Animus Empire!

My dream mentor would be John Paul DeJoria. I own a distillery and it has been a very bootstrapping startup in a highly competitive market. I've literally been going from bar to bar and liquor store to liquor store to sell my hand made products. It's been a lot of hard work, rejection, sleeping in my car, stress, and fun. My initial investor flaked on me after I already bought all of the equipment and got the ball rolling so I have to drive on no matter what. – It really sounds a lot like what DeJoria went through whenever he found Paul Mitchell systems. I think having a mentor with his depth of knowledge in entrepreneurship and building brands would be a tremendous advantage.

My dream mentor would be Lisa Price from Carol's Daughter. I would like to have her as my mentor because she has over 20 years of Entrepreneurial experience in the handcrafted/ maker arena. Additionally, Lisa Price has encouraged me via her brand and ability to persevere despite its bankruptcy. I believe she knows how to break down the intricacies of being a small business owner and can provide me with empowering tools to move my company farther in reaching my target market.

Elon Musk would score high on my list of potential mentors. He has positively disrupted and brought fresh, innovative solutions to at least three major American industries that were essentially stuck. Despite doubts from every sector, Elon Musk has opened the door for America to regain technological breakthroughs in space; after relying on Russian rockets for years. He has fundamentally changed the solar energy industry; making widespread solar power an attainable reality. Due to his efforts, electric cars are a clean, reliable, long distance mainstream transportation fact. He personally created a transformation in battery storage tech. In doing all of this he has created thousands of jobs and opened the door for the future of American technology.

Thanks to Bill Mayben, Wm Mayben and Associates!

Michael Dubin – Founder of The Dollar Shave Club. Dubin achieved what nobody thought was possible. He took a generic consumer good and sold it on a home-delivery subscription model. There was nothing traditional about his route to market, or his marketing strategy and yet he crushed it, growing over the course of 5 years to a billion dollar company. I am inspired by the loyal community that he built, by his laid-back and fun approach to business and by the fact that he took techniques that were being used by SaaS companies, applied them to a consumable product and totally crushed it.

Thanks to Marty Spargo, REIZE!

Who's your dream mentor? Tell us in the comments below.

Monday Motivation: NO MATTER HOW HARD IT GETS – Powerful Motivational Speech 2020 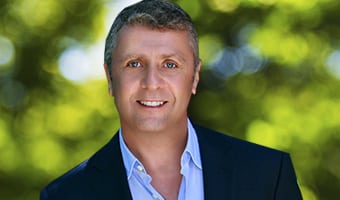 Abandoning Comfort in the Pursuit of Passion 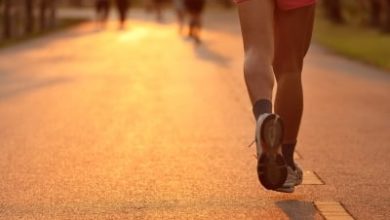 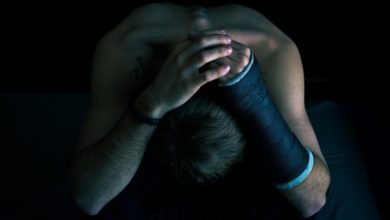