A mentor is someone who is more knowledgeable in your area of expertise and he/she may help you through various ways such as in career guidance. In the business field, there are entrepreneurs who have stood out from the crowd due to their various accomplishments and way of doing this. It's from this that many entrepreneurs draw their inspiration from them. We asked entrepreneurs and business owners which famous entrepreneur would be their dream mentor.

I'm sure this would be a popular choice for many, given his presence and reach on social media, but my dream mentor is Gary Vaynerchuk. I feel like his work-ethic, positive mindset and enthusiasm for life itself would become an infection and significantly improve me as a person and an entrepreneur.

Melody McClusky, co founder and CEO of StyleSeat, would be my dream mentor. Coming from a non-technical background and not having any previous experience in the beauty/salon industry, she transformed an analog industry into a digital revolution. She is also very easy on the eyes.

Thanks to Gene Caballero, GreenPal!

As an entrepreneur in the Italian food and travel industry, my ideal mentor would be Lidia Bastianich. She has been able to follow her culinary passion and passion for Italy and build an incredible empire with restaurants, cookbooks, products and with her collaboration/ownership of Eataly. Unlike many “celebrity chefs” frequently seen on TV, who are performers more than cooks, she also has the culinary skills to back up her success. She has been my idol and I highly look up to her for all she has been able to accomplish. As an Italian immigrant myself, just like her, she gives me hope that we can accomplish anything we set our mind to.

My dream mentor would be Tim Ferriss. I consistently find myself thinking what would Tim do, and often relisten to his podcasts and go back to his books. Our business consists of just my wife and I, we do everything ourselves – from photography to website to sending out orders, and his method of finding a shortcut within the shortcut is helping us on a day to day basis. His impact has helped us with our pricing, customer service and marketing, and I'm sure if we met with him, he would be able to help and accelerate us even more.

Thanks to Paul Tanner, Freedom To Exist!

I would love to have Oprah Winfrey as my mentor. Why? Because she has smarts, vision, empathy, spirituality, and a great business mind. I believe she relates to everyone and sees what others don't. She can put energy behind everything she does and has a great impact on the world in addition to leaving a legacy.

This was a tough decision between Gary V and Jesse Itzler. However, I had to pick Itzler to be my dream mentor as an entrepreneur because of his extremely unconventional methods, his love of life, and his passion for endurance racing. Since my latest venture is to create an information site about the niche community of multisports, Jesse's enthusiasm for health and knowledge of the endurance sports world would only add dividends to his already vast knowledge of business.

Thanks to James Goodwillie, One To Multi!

As Benjamin Franklin said, “Tell me and I forget, teach me and I may remember, involve me and I learn.” When I was starting out, I had no idea how hard it would be to run a business. Tasks like making a business plan, budgeting, handling daily operations, making strategic decisions or running a marketing campaign were challenging to say the least. With a mentor like Daymond John, I can tap into a wealth of knowledge that will get me up to speed faster and shorten my growing learning curve. John is such an American success story. I love his hustle and his honesty. I can identify and relate to him and would thrive under his leadership.

I am lucky enough to actually work with and learn from my dream mentor; Sir Richard Branson. Working with Richard over the past 4 years has taught me that everyone on the planet has the potential, ability and yes- obligation, to use our collective influence as a force for good. From a stay-at-home mom learning and teaching others the merits of composting or recycling, to the CEO inspiring his employees to donate to worthwhile causes or volunteer. If everyone- great or small, rich or not so rich- adopts the philosophy that we are all in this together, we can make a difference and create positive changes in the world we share and live in.

Sara Blakely, because she dealt with so much adversity and came out on top!

Thanks to Monya De!

Richard Branson has the audacity to build multiple businesses across different industries under a single brand and single identity. I also love that he was an entrepreneur at a young age and he bucked the odds regardless of his education level, dyslexia, the less-than-ideal entrepreneurial environment in Europe, and the fact that many of the industries he tapped into were ones already owned by big industry players (think the airline industry, trains and even space). Branson flies his freak flag without fail, dreams big and takes big chances – that’s why he would be my dream entrepreneur mentor.

Thanks to Barrett Ersek,  Holganix!

If I had to choose an entrepreneur as my dream mentor, it would be Elon Musk. What fascinates me about him (and what I want to learn from him) is how he puts in those extensive work hours. Also, I would like to know how he read two books in one day (according to his brother) and the secret behind his laser sharp focus.

Thanks to Adhip Ray, WinSavvy!

I'm a big believer in systems to grow my business. So, my choice of mentor would be the person that I think was the revolutionary system maker, Henry Ford. He didn't invent the horseless carriage but he did build the #1 car maker in the world by creating a system to build cars faster and more efficiently. That's why he'd be my #1 choice.

Thanks to Ed Brancheau, Goozleology!

Richard Branson is my dream mentor. He has founded so many businesses in vastly different areas that it truly boggles my mind. His mastery of marketing and how he has been able to get his messages and value propositions out to the public is also wildly impressive. Most of all though, I believe that the positive and productive relationship that he has with the team members who work at his businesses is the secret to his success. I believe that he has made the world a better place through innovation and taking bold steps. Branson also speaks his mind and thinks that a business leader should also be a leader in society and use their talents for philanthropic reasons. I'd love to have him as a mentor to get his insights into business and life.

This person will be definitely Ilon Mask, I think this will be not only my answer. I am amazed at how effectively he manages his projects, I would like to learn from him the ability to prioritize and manage time, since I had several moments in my life when I led 4-5 projects simultaneously, they were much less innovative and sophisticated, but these projects life did not last long. And I fully understand that this was happened due to the lack of time and accordingly the inability to delve into the details of the project. Now I have a fairly successful company, but I want to build a group of companies, and as soon as I reach the planned targets, I plan to start several other projects so I would be very glad to receive this person's advice.

Thanks to Roman Jhur, HuntSmart Inc!

Which famous entrepreneur would be your dream mentor? Tell us in the comment below. 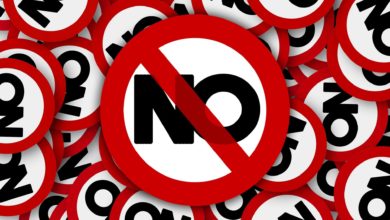 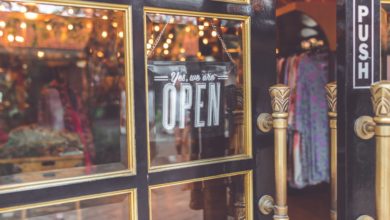 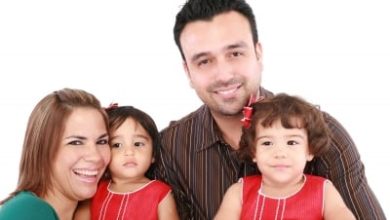 Balancing Children and Business – How Entrepreneurs Get it Done