Every waking day, we are having tremendous changes in regulations and technology which greatly affects the way businesses operate. Some entrepreneurs will say the future is definitely bright but to others, some of these changes are meant to work against their expansion and business operations. Additionally, there's growing empowerment and embracing of individuality which motivates more people to begin their entrepreneurship journey. But the big question, what's the future of entrepreneurship?

The most important trend for the future of entrepreneurship is that the connection between new business ideas and job-creation will become weaker. Only a few years ago, most new businesses quickly needed employees – if only to deal with administrative tasks. Nowadays, internet out-sourcing and automation already mean that many growing businesses can be run single-handedly for a long time. As artificial intelligence improves, this effect will become even more apparent. In the end, almost all successful businesses need to take on employees; but we are entering an era when many will develop for several years before this becomes necessary.

As more positions are filled by machines, it looks likely that at some point down the line those who have jobs will be entrepreneurs either working for themselves or collaboratively with other like-minded innovators. Instead of relying on an employer to hire you and give you a job, you simply make your own.  It also looks like we are on the verge of location-independent businesses, whereby business owners no longer need to have a permanent establishment in the heart of a city and are becoming more flexible, making use of co-working spaces instead. Further to that, with high-speed broadband, businesses will be run from anywhere and everywhere, which in theory could have a positive long-term impact on developing more rural or disconnected regions should businesses.

Thanks to Keir Wright-Whyte, Accounts and Legal!

The future of entrepreneurship is bright, but I see it as becoming extremely competitive (as if it wasn't enough already). We've hit a tipping point, I believe, where young professionals are seeing a brighter future working for themselves than working for someone else, which puts a lot more new business owners into the ecosystem. Even workforces are more nimble, on-demand, and yes, more entrepreneurial. Suddenly business owners will find themselves hiring a gig worker instead of a full-timer, and that puts pressure on the full-time worker. The gig economy also puts pressure on the entrepreneur who wants to hire a full-timer, who might be more content to pick up the side hustle and spend less time punching a clock.

Being an entrepreneur has changed so much in the past few decades; it has evolved from being a creative way of saying you’re between jobs, to meaning you’re a successful individual with your own profitable company. Entrepreneurship will only continue to evolve, and there are some key trends already emerging that hint at the direction it’s taking. I think one of the most notable changes we’ll see over the next few years is the rise in young people striking out to build their own industries from the instant they enter the working world, rather than joining pre-existing businesses. Already, there are many systems available to nurture and encourage these young entrepreneurs. For example, both of Strafe’s local Universities provide resources and offices for young graduates interested in starting their own businesses. Young people and graduates have a remarkable tenacity when it comes to forging their own path, and I think that they will have an incredible influence on the future of entrepreneurship.

Thanks to Ross Davies, Strafe Creative!

#5- We are heading to the entrepreneur age

Key business trends point to the number of women-owned businesses doubling over the past twenty years. The 2017 State of Women-Owned Businesses, by American Express Open, reports that women are starting more than800 businesses per day. This trend is not expected to slow down anytime soon. Industry leaders, thought partners and change makers are putting their money where the movements are – #metoo, supporting women using their voices and intent manifesto, bringing awareness and VC solutions to women of color owned businesses. The future of entrepreneurship is women and championing these women entrepreneurs will lead to economies and communities being strengthened.

The future will see small but highly skilled teams that will augment their capacity through scalable automation. Entrepreneurs will grow their groundbreaking ideas within tightly knit groups who are passionate about their goals. Too large teams are slowing progress down. In the future, the biggest game-changing products and services will come from small teams.

Thanks to Emil Jimenez, Passion Communications!

The biggest change in entrepreneurship will be a consequence of the speed at which companies can now scale. This hypergrowth mode has never before been possible. But now, as a result of the technology platforms and technical infrastructure that is available
today, it's becoming more and more commonplace to be able to build a billion-dollar company within a decade. For instance Apple is the largest company in the world, but the iOS operating system allows companies like Facebook to take advantage of this already existing system in order to propel their growth in Mobile. Many smaller companies are able to succeed as a result of the reach of these giants, and thus become giants themselves. This brings an immense amount of opportunity but it is not without challenges. There are relatively few people who have the experience and good judgment to navigate this environment. Scaling the people is a perpetual challenge during this time – often the top challenge for senior management. I believe that it will only increase in importance. The challenge of the future for every entrepreneur will be people, not product.

#9- It's going to be part of all businesses

What's the future of entrepreneurship? Tell us your thoughts in the comments below. Don’t forget to join our #IamCEO Community 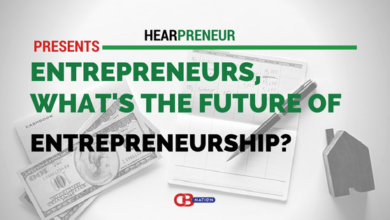 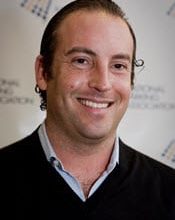 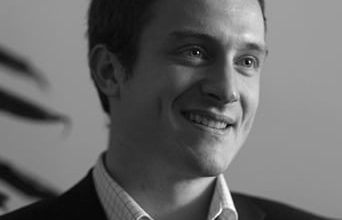