Software testing requires smart people to develop smart solutions. CEO of software crowd testing company, test IO, Phil Soffer is one such person. An early hacker in his teens and a Berkeley Ph.D. candidate in his 20s, Phil is one of the most charismatic and atypical CEOs that you will likely meet. He spent years working in the Valley and considers himself part of the rather undiscovered Plumtree Mafia (includes top execs at Redfin, Xoom, Atlassian, Zendesk and a number of VCs). He is also one of a select group of CEOs who have been lured away from the Valley to take the reigns of foreign tech companies. We had a chance to interview Phil and asked about his story, how they started their business and the future of test IO.

Tell us your story. Why did you start your business or how did you become CEO?

I was recruited as CEO of test IO in May of 2016. The company started in 2011 in Berlin, and was looking for an American or someone who’d worked for a long time in America to help with a planned US expansion, since the biggest market for the company’s services is in North America. They also wanted someone who was willing to move to Germany for a while to get to know the business and to get it in shape for that expansion. The Germany angle was intriguing for me. My wife and I have three kids, and we’d always dreamed of taking them abroad for a year to give them the opportunity to learn another language properly. Neither of us spoke any German, but we’d heard great things about Berlin and it was a great opportunity, so we went for it! After a year the kids spoke good German, and we had the experience that many immigrants have where their kids act as a bridge to the host country.

How did they come up with the business name?

The company used to be called testCloud.de, but the name testCloud was used by a product in the market. So they went with test IO (we say “test I-O” not “test-dot-I-O”), which is nice and short, and is a little bit of geek in-joke since IO can stand for input-output (or 1 and 0). It’s one of those things that’s almost impossible to explain to anyone who’s not involved in software, but our target market is people involved in software, so it’s fine.

We provide crowdtesting for mobile and web apps using a network of people around the world who are good at testing software. So if a customer is developing an application — usually a consumer-facing app — and wants to ensure that it works properly, we distribute it to testers with the right instructions, and they get back very detailed reports on any issues those testers encounter. We’re particularly helpful on mobile because many organizations find it very challenging to test across the range of devices and the real-world conditions that their customers will encounter. Because our testers mirror their customers’ experience, we find the kinds of things that impact customers and that development teams miss.

We can give you detailed results of functional tests performed by real people on real-world devices in as quickly as an hour.

We are growing very nicely and are profitable. I think there will be more software developed next year than this year, and therefore more need for testing, so I think that we have a great natural growth path. On top of that, we are building additional products, or ways that our network of testers can create value for our customers. If we combine the power of a network of smart people and the power of machine learning techniques, I think we will have a very interesting business.

Any advice you would give to entrepreneurs and business owners/CEOs?

I find it hard to give general advice to people, because I feel uncomfortable holding myself out as some sort of oracle or life coach. Perhaps I have a bit of CEO imposter syndrome, but for whatever reason I don’t feel qualified to tell other people how to be. So I’m going to hijack the question and give myself advice. Phil, get more sleep. You’re way more effective and productive on 7 hours of sleep than you are on 6, and you’re pretty much useless with less than 6. Phil, remember that things are never as great as they seem when big deals come in, and they’re never as bad as they seem when you lose a deal. Phil, listen actively and express gratitude, every time. You feel so much better when you do these things, but it’s easy and seductive to hurry through meetings or play with your phone. If I did all of these things consistently, I would be a better leader and a happier, more even-keeled person.

I like this quote because it’s important to remember that in not acting, we act, and there’s often a lot of risk associated with that. I need to guard against status quo bias and the sunk cost fallacy, as I know I’m prone to both of those bad habits.

The software business is very funny, because most of what you do doesn’t last. I’m very proud of products that I’ve worked on — including one that defined what ended up being a billion-dollar market category. But that product is dead and buried now, and the category itself — enterprise portals, gasp! — isn’t talked about much anymore. Sic transit gloria software.

On the other hand, the people who worked on that product with me, and whose efforts I played some part in directing, are mostly still in the industry and they’re doing great things. I’ve hired and mentored some extremely talented people over the years, including one who was responsible for managing a product used by billions, and another who became a successful investor and ultimately connected me with the opportunity here at test IO.

So I would say I’m most proud of the people I’ve worked with and mentored, and the teams I’ve built or helped to build.

Anything else additional you want to tell our readers?

I’m grateful for the opportunity to be interviewed and appreciate everyone who read to the very end. 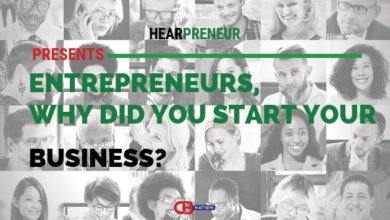 25 Entrepreneurs Explain Why They Started Their Business 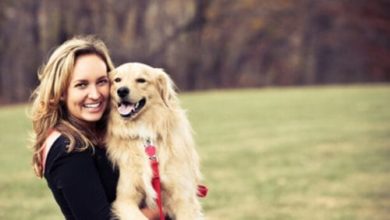 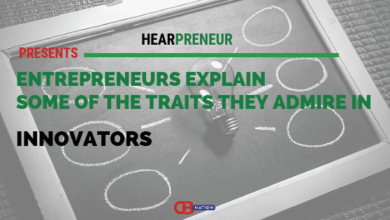 20 Entrepreneurs Explain Some of the Traits They Admire in Innovators 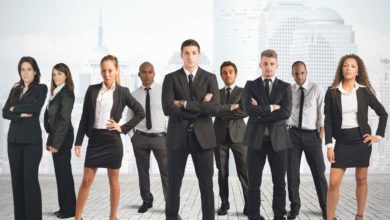 Why Did You Start Your Business? Week of February 10th