Meet one of Chicago's newest restaurateurs with a difference. She doesn’t own a restaurant-yet- but offers table spaces at many of Chicago’s finest restaurants to her thrilled customers via the reservation website Table Host.

To Kristy Kitzmiller who runs Table Host together with Ryan Anthony, their value lies in offering a premium dining concierge service that gives customers access to some of the city's most sought after restaurants. And they have struck gold- Kristy believes they have no competition in sight.

Inspired by the words of Aristotle, that ‘we are what we repeatedly do' Kristy is building Table host in line with the idea that excellence is ‘their habit and not just an act.'

Raised in Chicago's Naperville, Kristy has a CPA and CFA in addition to her Bachelors degree in Accounting and finance from the University of Illinois. Her financial savvy led her to set up a venture capital firm that is the main investor behind  Table Host. This is coupled with the fact that she has a passion for cooking and has actually attended some cooking classes. Kristy believes that as an entrepreneur she is doing what she loves.

Table Host is also developing a restaurant program that will allow chefs to try new dishes in a temporary setting. Known as the pop-up menu, newer chefs will get a free service as a way to get promoted to the wider Chicago fine dining community. And that's not all, Table Host is also into charity. Diners using a promo code can donate $10 to any charity affiliated with Table Host.

For aspiring entrepreneurs, Kristy advises that knowledge of ones strengths and weaknesses is key and also that no one should use the lure for quick money or the notion that you ‘will be your own boss' as the basis for launching an enterprise, because as she sees it, entrepreneurs should expect tons of work and a number of bosses to push them around, especially when you have to deal with clients and investors.

This post was written by a contributing writer to Table Host. 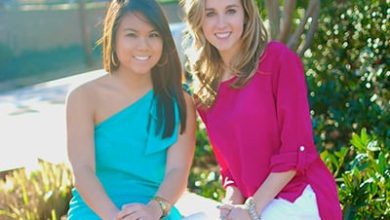 Fashion-Forward Entrepreneurs Bank on Affordable Style for All