Anyone can be an innovator, but it takes special traits to lead in innovation. It's about how you implement the lessons you gain along the way and dare situations as they come. It's about being future-oriented, paying special attention to details and putting yourself in vulnerable situation when you think it's worth the risk.

We asked entrepreneurs and business owners about the traits they admire in innovators and here are the responses;

What I admire about most of the innovators that inspire me is their ability to see the difficult, scary challenges and just keep moving forward through them until they succeed. Where most people stop, the true innovator keeps going. They push forward. I aspire to do this every day in my business. It is scary and unpredictable being an entrepreneur but it is worth it. When I get discouraged I just think to myself, Nothing worth doing has ever been easy and if you are not scared then you are not going for the big goal, and I keep pushing forward. In my business, there are hurdles that most businesses don't have to climb over so I have to keep motivated and stay the course even when the world says it is too much.

Thanks to Shelly Schneider, 113 Solution!

#2- Their way of thinking

What I admire most if their way of thinking. Yes they have creativity, and most of them are quite bright, but just the fact of how they can take one little thing and put it into an entirely different perspective which then becomes a monumental success is way beyond me. So yes, I admire them and would just love to breathe the air in around them so I can put that of thinking into my own world.

Every innovator I ever knew has one thing in common: a bias for action. True game-changers have strong critical thinking, which allows them to spot patterns and come up with distributive ideas, and they combine that with a bias for action, means an attitude towards experimenting, taking actions today instead of tomorrow.

Thanks to Angelo Sorbello, Astrogrowth!

Being smartly stubborn is a trait I see often and admire greatly from the most innovative people I associate with. I think it comes from having to fend off all the naysayers who may have very logical arguments against the innovators' business model, goals, or vision. Take Ring for example. Appearing on Shak Tank, founder Jamie Siminoff walked away with no deal and yet pushed on and eventually was acquired by Amazon. Elon Musk, Steve Jobs, even my Grandmother. All people who have done things I consider impressive, all who were stubborn and focused on the things they believed in. It takes a strong stubborn personality that refuses to be knocked over by simple obstacles. But this is not to say they were ignorant. This is the smartly part of smartly stubborn. These people follow their vision and build as they go, then pivot when needed but march on until they eventually arrive at that point in the future they saw. All these people I have mentioned own and operate multiple businesses that they pulled together in their journey to fulfill the innovation that calls them. The ability to navigate the world's negativity and bring forward something new that never existed is extremely admirable!

The greatest innovators, in my opinion, commit to diversity and think outside of the box. These innovators understand it takes many points of view to fully grasp complex technology, economic and other challenges. Due to this understanding, they actively seek out differing opinions. Thinking outside of the box is another trait of the greatest innovators. Having the ability to break the norm and push past conventional thinking gives them the upper hand in their business activities.

Thanks to Ollie Smith, ExpertSure!

In my opinion, what sets innovators apart is persistence. It beats genius every time. I’ve seen people who are really smart fail because of paralysis by analysis. I’ve also seen people who have no special skills or talent succeed purely because they keep trying and getting up after each so-called “failure.” Persistence puts the odds in your favor. That's one of the traits that I admire in innovators. They never give up.

Thanks to Allan Dib, Successwise!

One of my favorite innovators who is usually considered one of the unknown geniuses of the 19th century called Buck Minster Fuller. If you are not familiar with him, check out the Bucky Ball and Geodesic Dom. I admire his ability to be so focused on the craft of innovation and invention where he attacked some of the largest worlds problems while appearing wildly crazy. He wanted to make houses a manufacturing process where people could literally buy houses and drop them wherever they wanted to live. This is during the early 1900s so as bizarre as it sounds now, it was even crazier then. Even with this craziness, he was able to raise tons of money for his bizarre ideas because of his raw genius. Regardless of his perception of being crazy, he completely transformed the structural world and is an inspiration for many future fiction writing authors.

Thanks to Jeff Butler

In my opinion, successful innovators are more active, more resistant and more energetic, their defining traits are being proactive and persistent. Contrary to the opinion of most people, successful innovators are well-organized, cautious and fearful of risk. Among the most important traits of innovators is the fact they take advantage of the opportunities that come to them. But even then, they operate with a healthy dose of caution. They're also some of the most sociable people. Successful innovators use their relationships and knit their networks, mobilize resources, and build strong alliances both internally and externally of their private and work life. In my opinion, innovators use these resources to constantly move forward towards reaching new goals and finishing projects.

Thanks to Bryan Stoddard, Homeware Insider!

#9- Not afraid of failure and naturally creative

I admire an innovator's natural creative ability. They see what we cannot and turn ‘nothing' into something. What we believe is ordinary, they see as untapped opportunities. Additionally, I love that aren't afraid to fail. Failure is often seen as negative, but to an innovator it's inspiring. They are not afraid to try something, fail, and try again until it's absolutely perfect. These are the amazing qualities that business owners, entrepreneurs and innovators possess.

What are some of the traits that innovators have that you admire? Tell us in the comments below. Don’t forget to join our #IamCEO Community.

24 Entrepreneurs Explain How They Came Up With Their Business Names

Monday Motivation: WHEN ALL HOPE IS LOST - Powerful Motivational Video 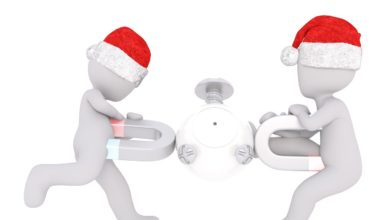 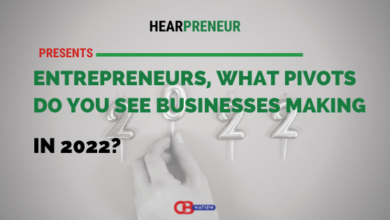 30 Entrepreneurs Reveal the Pivots They See Businesses Making in 2022 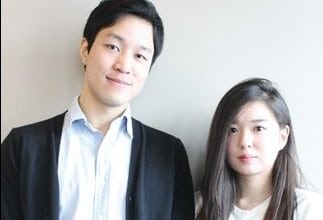 Entrepreneurs Build Business with a Mix of Fashion and Philanthropy